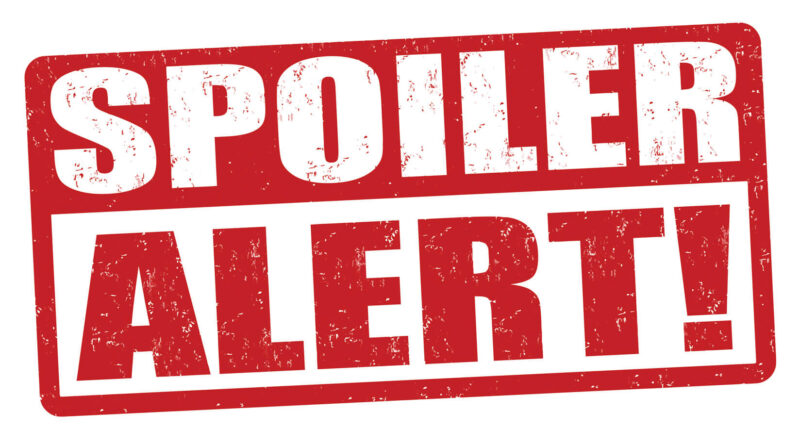 1. Trixi Knows Lucifer Is The Devil

More specifically, now Chloe knows that her daughter knows.  There have always been big clues though the series about this.  Even as late as Season 5A where she doesn't question how he was alive in the 1940's, but does question other simpler things, that one wouldn't normally question.  In a photo for a promo we see Chloe taking a second look at a picture Trixi drew of herself and Lucifer.  Something pops out, and that is, Lucifer's one open eye is red.

There are a number of pictures showing Lucifer without his trademark ring, and Chloe with it, and it back to white.  The way it originally was before Lilith gave it to him, after giving up her immortality.

There have been leaked BTS pictures that indicate at Season 6 Lucifer, and Maze split ways.  It is confirmed via the Season 5B trailer that Eve comes back, and Maze is there for that.  One of the biggest reasons this is highly likely is due to a leaked photo of the back of a motorcycle that says "Just Married," and it belonging to either Eve, or Maze.

Fans are calling that we will get a Deckerstar baby in Season 6 thanks to a photo where Chloe alegidly looks pregnant.

5. Michael Is Behind Eve

Ever since she arrived in Season 4 we never got a solid answer behind how she got to Earth. Sure she found a way, but it always seemed to have something else behind it. Eve is very nieve, it is quiet possible she could have easily been manipulated by Mr. Bigger Plans Michael.

6. Lilith Is The New Queen Of Hell

Most of us were left questioning along with Lucifer himself, how out of no where was the whole "Hell no longer needs a warden."  This theory, along with a picture from the trailer may give us a clue!

Miss our video on the subject?  Catch it below where Odogoo talks deeper on her Season 5B & 6 predictions!